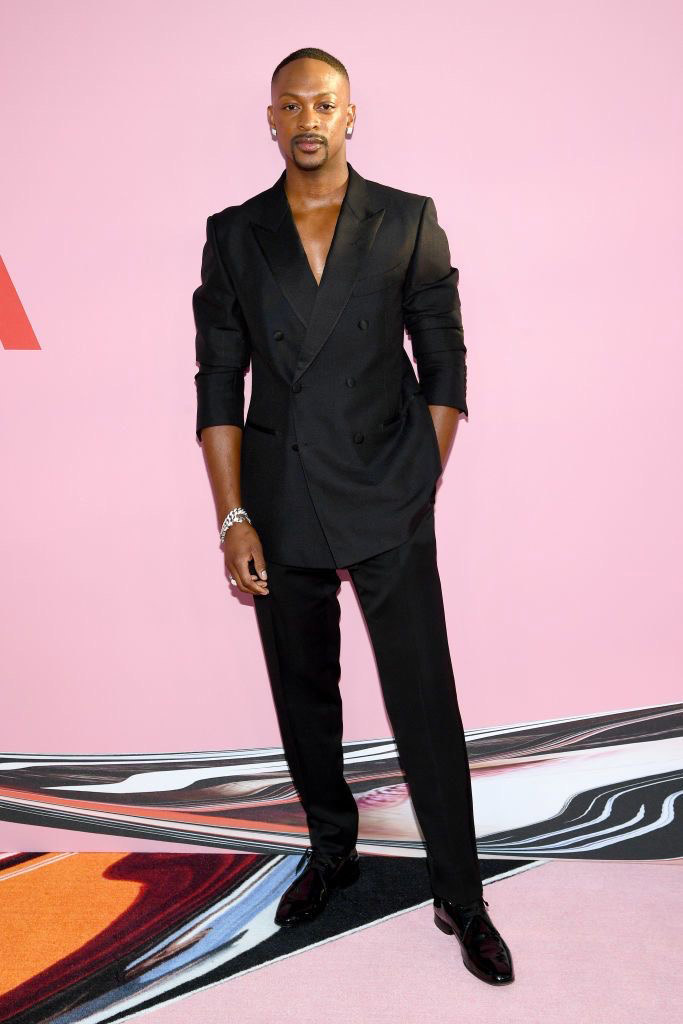 LaQuan Smith is chief executive officer and head designer of LaQuan Smith LLC, a women’s ready-to-wear brand he founded in 2010.

Originally from St. Albans, Queens, he began his career simply teaching himself how to sew at a young age with the help of his grandmother. At the age of 22, the
talented designer launched his first collection during New York Fashion Week. The brand is exclusively manufactured in Long Island City, NY with custom patterns and fabrics designed by Smith. The designer now works out of a beautiful design studio in Queens.

Smith creates women’s clothing with high fashion and luxury in mind, taking the industry by storm with unexpected designs that complement a very specific taste. With his vision at the forefront, Smith is committed to making women more stylish with one-of-a-kind styles, rich with hidden extras and features that cater to people who want to make a statement. His collections offer an array of styles for everyday women looking for signature dresses, chic separates, sleek styles and more. With prices ranging from $200 – $3000, Smith offers something for every woman. He loves creating sophisticated jackets shaped like seashells and pairs it with a doublelayered tank top made of lace and neoprene. Smith plays with fun shapes each season, turning feminine tea length dresses into daring outfits tailored to perfection. Famously known for crafting crop tops with edge, he often adds a number of fashion-forward two-pieces to each collection.

The designer travels to all corners of the world for inspiration. Smith enjoys exploring new possibilities and prides himself in breaking “traditional fashion rules” when it comes to design and execution. He often travels to Paris, Africa, Italy and the Caribbean.

He is passionate about helping women feel and look daring, beautiful and sexy. He produced his first fashion show in 2010 and influencers quickly labeled him the “designer to watch”. Because of his keen eye, and sense of style, more companies are seeking to partner with the designer. More recently, Smith was tapped by The Joffrey Ballet to design the lead costume for Jeremy McQueen’s The Black Iris. Additionally, he collaborated with Heineken to craft special uniforms for its female employees for the U.S. Open in August 2014. In September 2014, Smith presented his 5th collection for Spring/Summer 2015 during New York Fashion Week in the Meatpacking district.

Smith serves as a trendsetter by dressing Hollywood’s elite.

Pop star and fashion’s it girl, Rihanna wore one of Smith’s gold-sequined jumpsuits on her “Rude Boy” video. Lady Gaga has worn his gilded fishnet leggings, as have members of Semi Precious Weapons, a band that tours with her. Recently, he was selected by Beyonce to create a custom beaded bodysuit for her “On The Run” tour. LaQuan Smith has also become the designer of choice for many celebrities like Ariana Grande, Alexa Chung, Dakota Fanning, Kim Kardashian, Nicki Minaj, Avril Levine, Ciara and Tyra Banks, who appreciate statement looks with high quality craftsmanship.

Top-tier media outlets have praised the risk-taking designer for his flamboyant shapes, serpentine seams and sequins with fun textures that complements a woman’s curves. Smith has showcased his brand both domestically and internationally with shows and events in Atlanta, Philadelphia, Athens, Cayman Islands, South and West Africa, LA, New York and Paris.