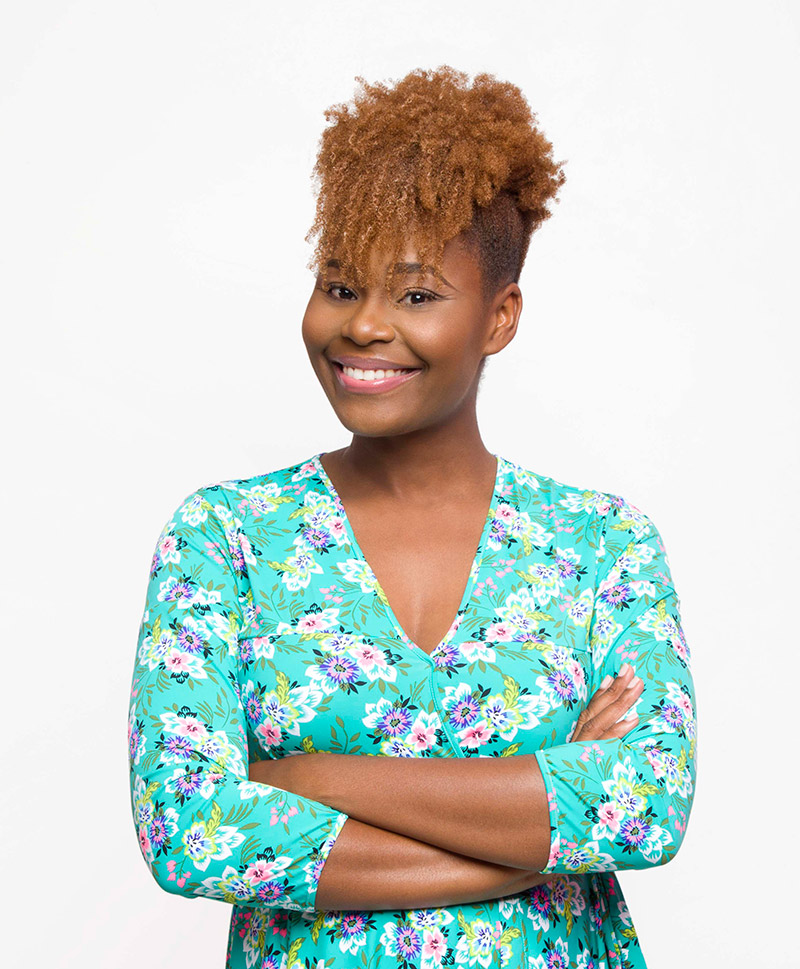 Kristin Frazer is the founder and design director of Trèfle, Inc. Born from a rich inheritance of fabric and fashion, Trèfle designs embodies the boldness of artistry that is present in the culture of the Virgin Islands.

After receiving her Bachelor’s of Fine Arts in Fashion Design and Marketing and interning for Carolina Herrera and BCBG Max Azria in the spring of 2006, Kristin returned home and as a next generation seamstress herself, she entered a new world of fashion, and in 2008, launched Trèfle; a swim and resortwear company focused on men, women and children. Now far from an experimenting artist, Trèfle has become the home of the Virgin Islands’ most characteristic fashion choices.

Catering to a wide variety of ages and body types, the striking lines of Trèfle are a hit with consumers both local and international. Even the likes of cultural phenomenon Beyoncé Knowles, Blue Ivy and Chrisette Michele have chosen to step out in Trèfle’s playfully chic prints. Kristin has also been featured in multiple local, regional and international radio and television interviews along with magazines like Essence, Marie Claire, Martha Stewart and much more.

Trèfle has established a standard of international calibre right here in Nature’s Little Secrets and with the launch of her Home collection through the original print designs that she now currently offers, Kristin continues to be an ambassador through her love for fashion and the arts and embraces her roots by continuing to give back to her community through her mentorship program.

Being the official designer for the opening ceremony of the BVI’s delegation at the 2016 Olympics in Brazil and the 2017 Commonwealth games in Australia, to collaborating with US based company Otterbox in creating her own line of fashion symmetry series phone cases in 2017 and 2018, Kristin continues to excel in showcasing Trèfle and the Britsh Virgin Islands through her product.

Now in its 10th year, Trèfle has grown with far more love and appreciation for its territory and in early 2018, the charitable arm of Trèfle was launched as the 284 Foundation; a British Virgin Islands (BVI) based non-profit organization whose mission is to support creative arts education opportunities for young people in the BVI.