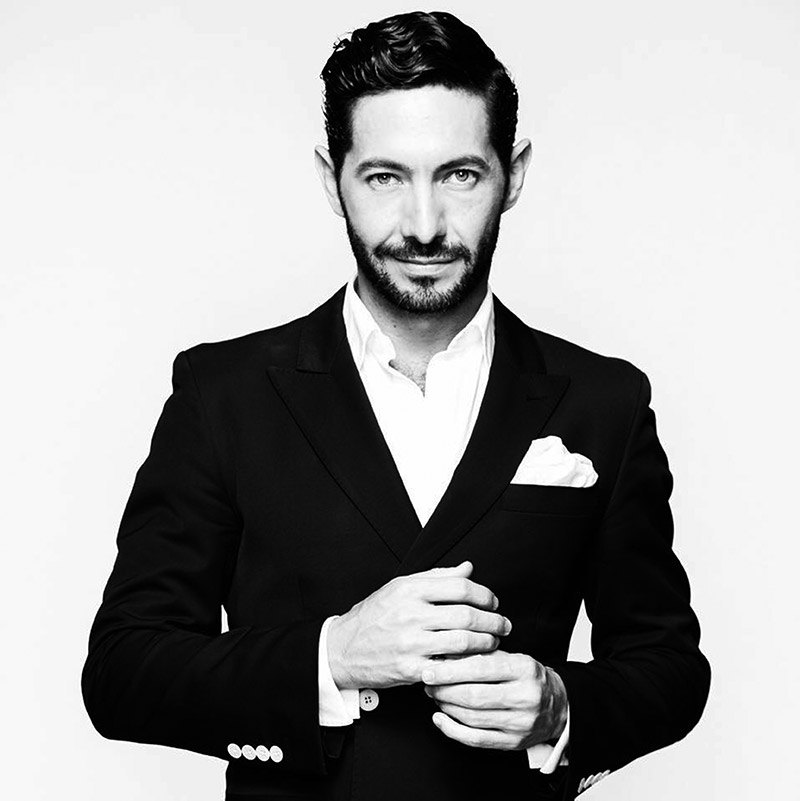 Gustavo Moscoso Ferrando was born and raised in Cuenca, Ecuador. In a family headed by his Chilean mother and Ecuadorian father, he is the youngest and only son of the four children. His father was an entrepreneur, well-known for many business ventures—one of them being textiles. This background led Gustavo to delve into the world of fashion, learn about fabrics, and come into contact with those who were part of the fashion world at the time. The tradition in his hometown was always that men, especially leaders, politicians and socially recognized figures, wore impeccably tailored suits. This custom led Moscoso to spend time at the his father’s tailor workshop, where custom- made suits were produced, since he was very young. He used what learned about couture from the tailor to start manufacturing his own suits, and subsequently, his family’s. Thus, his journey in the fashion world had begun.