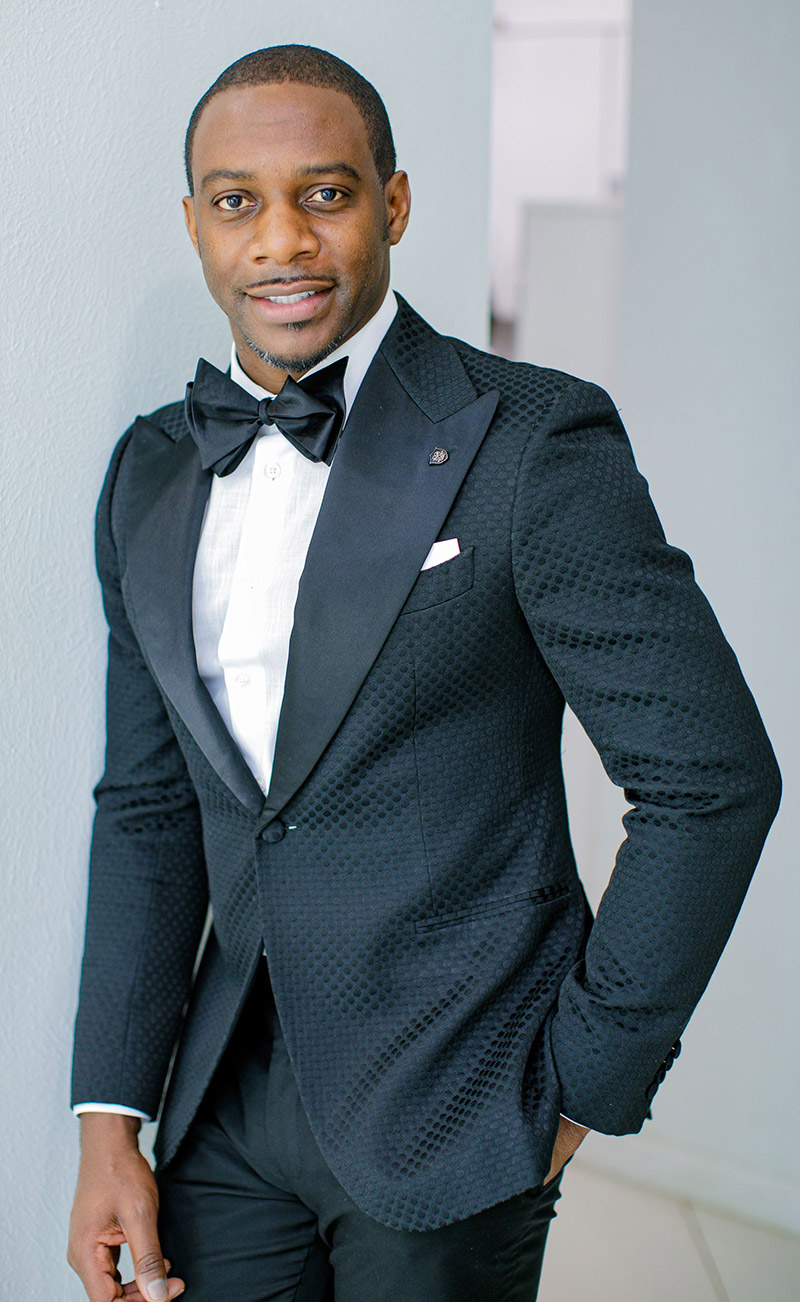 Daniel Mofor is the visionary founder behind Don Morphy, a Dallas-based custom menswear label with the ultimate in global appeal. Characterized as “bold, exciting, and timeless”, Don Morphy launched in 2014 with the Cameroonian native at the helm. With a knack for innovation and creative individuality, Mofor quickly set style’s standards and has broken numerous barriers along the way.

Mofor, personally and professionally, is the antithesis to tradition. Embracing unconventionality, he ventured from life as a Walmart engineer to life as a budding trendsetter. A brave yet challenging move, Don Morphy reached international heights, and is now becoming the most recognizable name in the world of men’s fashion.

Daniel Mofor epitomizes success. He commits to annual travels across the globe to attend the top menswear shows from Pitti Uomo, White Milano, Madrid Fashion Week, and Paris Fashion Week, in search of the latest trends for the Don Morphy customer.

Today, the Don Morphy label is renowned for its tailored craftsmanship, unique customer experience, and bold sophistication. His artisanal designs has captured the attention of GQ, The New York Times, Vogue, Huffington Post, and countless others.

Worn by the everyday gentleman, CEO, fashion enthusiast, and entrepreneur, the Don Morphy label is also a staple to the stars. Mofor has worked alongside celebrities such as Bishop T.D. Jakes, Emmitt Smith, Tyson Chandler, and Dwight Howard, as well as customizing suits for supermodel Tyra Banks and R&amp;B crooner Kenny Lattimore.

Philanthropy is essential to Daniel Mofor and the Don Morphy brand. In addition to his support of organizations such as DIFFA Dallas and City House, Mofor recently launched his own initiative, “Pay It Forward”, where the Don Morphy team will customize suits, accessories and attire, for the benefit of underserved young men in the DFW Metroplex.

Daniel Mofor’s Don Morphy is one of the main sponsors of Africans Girls Non-Governmental Organization providing girls facing adversity in Cameroon and all over the world with strong and enduring personal, professional and financial support.